The ATSC 3.0 US digital television candidate standard was presented in September 2015. The new proposed standard is not backward compatible to previous US ATSC standards. While ATSC 1.0 was a single carrier system the new DTT standard is more similar to the other existing DTT standards, like for example DVB-T/T2, ISDB-T and DTMB (Chinese standard), all using multicarrier OFDM. Those who have worked with DVB-T2 will find many similarities and subtle but important differences to ATSC 3.0.
ATSC 3.0 contains many more features compared to DVB-T2.

The possible modulation schemes available are QPSK, 16QAM, 64QAM, 256QAM, 1024QAM and 4096 QAM, many using newly developed non uniform constellations. This makes it possible to provide a wide variety of services. At one end, robust services using low bitrate for mobile/portable receivers. On the other end, very high bitrates requiring a high C/N, aimed at rooftop reception. Bitrates range from 1.5 Mbit/s with a C/N of approximately -5 dB up to about 50 Mbit/s (6 MHz), requiring a C/N of well above 30 dB suitable for 4k and 8k Ultra High Definition (UHD) transmissions. If the capacity provided in one RF channel is still not sufficient two RF channels can be combined to double the transmission capacity, so called channel bonding.

LDPC forward error correcting (FEC) codes are used and the code rate is in steps of 1/15 from 2/15 to 13/15, which means finer granularity compared to for example DVB-T2. Another example where more choices in system parameters is offered, is the number of allowed pilot patterns. While DVB-T2 has 8 different options ATSC 3.0 has 16 different options. This makes adaption of the service to special reception conditions easier. Altogether it is expected that ATSC 3.0 will provide better performance compared to DVB-T2, which means even closer to the Shannon limit (the theoretical maximum information transfer rate of the channel, for a particular noise level). The “how much better” will be seen as results from field trials become available.

Many of the US broadcasters are interested in providing mobile and portable reception. The ATSC-MH (Mobile – Handheld) variant in the current US standard was never a success in this respect. The mobile reception performance of ATSC 3.0 is expected to be better than its predecessors including the many DVB variants.

One very interesting new feature is the inclusion of Layer Division Multiplexing (LDM) in the baseline specification. This makes it possible to broadcast two service layers, an upper and a lower layer. These two layers are transmitted with different robustness (modulation and code rate). The upper layers requiring a low C/N (supporting mobile reception for example) and a lower layer which is less robust, injected at a lower power level. In this way it is possible to efficiently combine mobile and rooftop reception services in the same transmission. It is of course also possible to use time division multiplex in ATSC 3.0 for combining several services with different robustness (as in the case of DVB-T2/T2-Lite, when using future extension frames, FEF). But this reduces the available capacity for the less robust rooftop services. LDM could also be an option for inserting local services. An ATSC 3.0 receiver is specified to be able to decode up to 4 different Physical Layer Pipes (PLPs) in parallel (as a minimum). PLPs can be seen as “data containers” which can be allocated different capacity.

Since ATSC 3.0 is an OFDM based system it will also allow the use of Single Frequency Networks (SFNs) when inserting an appropriately sized guard interval. There are many options allowing in principle unlimited SFNs size using a guard interval up to 600 us (6 MHz). The capability to provide a service even at negative C/N might also mean that the guard interval length can be shortened even in very large SFNs.
Performance of the standard in a SFN configuration remains to be tested and currently such test SFNs are being established (for example by Sinclair in the Washington-Baltimore area). But operational transmissions may also be in place for the NAB in April 2016 in Las Vegas.

In order to meet the requests from our users PROGIRA has also developed planning support for ATSC 3.0. The ATSC 3.0 module is available officially in version 5.4 spring 2016, but can already now be provided for testing. 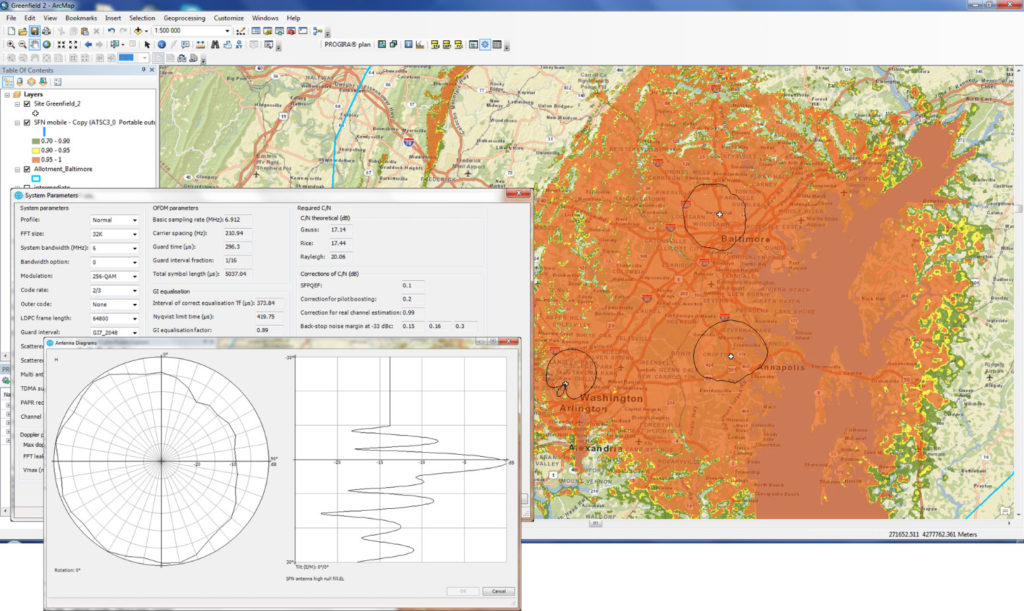 As some parameters are still preliminary (such as for example practical C/N and SFN performance), we will endeavour to provide timely updates to software as testing progresses. Also in progress is the development of a US frequency planning module with proper data coordination according to the current FCC rules, supporting our North American customers.
The ATSC 3.0 Physical Layers specification is found at www.atsc.org. It is expected to be approved by ATSC before the NAB exhibition in mid-April 2016. Several countries show large interest in the new DTT standard for example is South Korea currently evaluating ATSC 3.0 compared to DVB-T2. If ATSC 3.0 is a success or not remains however to be seen. 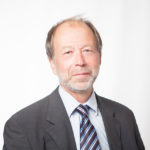