Internet of Things (IoT) devices are embedded into all kind of “things” exchanging data with other devices and systems over the Internet. IoT can be used to help improve community functions such as for example waste disposal, home care and elderly care, parking, and streetlight control systems. There are several communications techniques (wireless standards) that enables the IoT devices, for example LoRaWan, WM-Bus and 5G.

The frequencies used are 868 MHz (Europe) and 915 MHz (North America), but other frequencies can also be used. These are license-free frequencies which means that it does not cost anything to use them.

Regardless of wireless standard used, IoT networks enables the transfer of data over long distances with low power consumption, low enough to enable more than 10 years of battery life. The range is up to 15 km in rural areas.

An IoT device (sensor) will send data to a nearby gateway, either directly or through repeaters. The Gateway forwards the data to an internet server, which then relays the data to an application backend. Encryption is used to secure the data being broadcast from devices — with one encryption key being used to authenticate the device against the network server and the other against a company’s backend application.

Other advantages besides long range, low power consumption and high security is high capacity at low cost – A network can support millions of messages. However, the number of messages supported in any given deployment depends upon the number of gateways installed.

How can PROGIRA help you?

Assuming “free space” propagation the coverage range of an IoT network using a 25 mW (14 dBm) transmitter is 800 km. In reality however, the coverage range is much shorter  due to obstacles in terrain such as trees, buildings, imperfections in receivers/transmitters, a high location probability requirement may also limit the coverage range of the system. Additionally sensor are often located at difficult receiving spots like indoor in basements.

PROGIRA can be your partner in the network design phase of your project. We can help you with:

A case study in PROGIRA® plan

The customer wants to collect data from electricity meters (consumption information) from all houses in a city environment. All buildings have an outdoor sensor which collects information from the meter in the house or from multiple meters in a building block. Details about the sensors, their location and height above terrain was provided. The task is to estimate how many gateways and where to located them to connect with all sensors?

In the PROGIRA® plan software you can individually define the radio environment for each sensor, they can for example be located indoor, outdoor, in a well or in a basement. The coverage criteria (path loss) can be defined for each radio environment. Generally, a network using indoor sensors requires more gateways compared to when sensors are outdoors due to building penetration losses.

The number of sensors in the city district was about 1000 and the possible gateway positions was also 1000. In most cases there are less options for positioning gateways, especially if more elevated sites are to be used.

The customer would now like to know the optimal set of gateways which are reached by all sensors, i.e. where should the gateways be positioned and how many are needed to receive data from all sensors?

After running an optimisation in the  Progira plan software 7 Gateway positions was suggested. 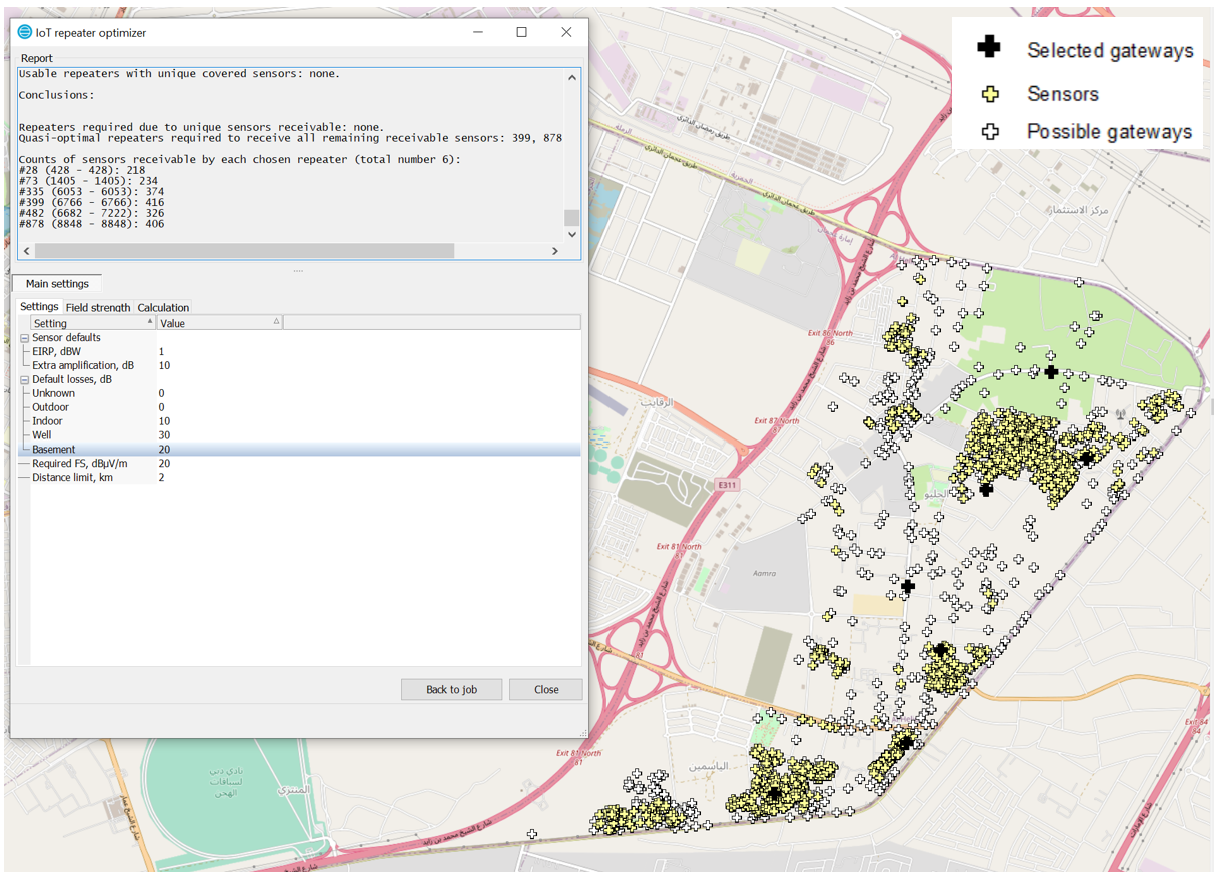 Picture: The input data for each sensor includes not only the position, but also environmental data, containing information about the location of the sensor, for example in a basement, or well. In this case 7 gateway positions were suggested to serve the full set of sensors. This saves time and money when implementing the IOT network, avoiding costly mistakes.

What does one of our clients say?

“Stadshubbsalliansen” is an open city hub network in Sweden. It is a growing membership based network consisting of “stadsnät”, fiber network companies who also supply LoRaWAN coverage. StadshubbsAlliansen have members from south to the very north of Sweden.

Our map application is now up and running and the service area is in good agreement with the experienced coverage”, says Jimmy Witlock, network engineer at Öresundskraft.

How to Capture the Digital Dividend

PROGIRA takes a serious look at the protection of your privacy. We strive to protect your privacy by being transparent with how we obtain and use your information, give you control over your information and settings, and adhere to the highest national and international standards, and compliance with GDPR.
Privacy Overview

PROGIRA takes a serious look at the protection of your privacy. We strive to protect your privacy by being transparent with how we obtain and use your information, give you control over your information and settings, and adhere to the highest national and international standards, and compliance with GDPR.